From PsychonautWiki
Jump to navigation Jump to search
Not to be confused with Psilocybin mushrooms. 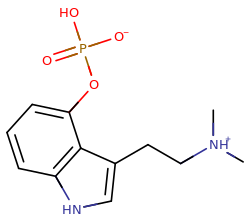