From PsychonautWiki
(Redirected from Project:About)
Jump to navigation Jump to search 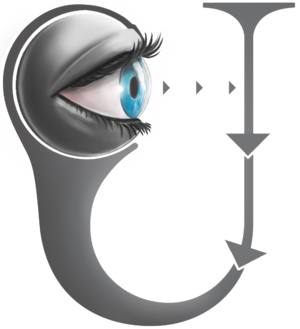 PsychonautWiki (PW) is a community-driven online encyclopedia that aims to document the field of psychonautics (i.e. the exploration of altered states of consciousness) in a comprehensive and scientifically-grounded manner.

Our documentation includes an extensive content collection covering the scientific research and harm reduction practices relevant to hallucinogen and general psychoactive substance experimentation as well as other methods of exploring consciousness such as meditation, lucid dreaming, and sensory deprivation.

This information is presented alongside an integrated descriptive subjective effects index which is designed to facilitate analysis and sharing of non-ordinary states of consciousness via easily readable terminologies, descriptions, leveling systems, and example images (replications).

Our content is broadly divided into catalogs of information called "indexes", which include the following:

The project is far from complete and is intended to be a perpetual work-in-progress. It currently has a total of 1,671 articles, most of which can be found within our list of articles.

PsychonautWiki is an open content platform whose quality and accuracy directly depend on the engagement of our users. Contributions of any kind are always appreciated and we encourage you to get involved (ask the team for help getting started)!

Our primary methods of collaboration include:

PsychonautWiki is a small operation staffed solely by volunteers. For those interested in getting involved or contacting us, please consult our contact information page.

PsychonautWiki was created to serve as a wider reaching, legitimate and community-driven version of the popular Tumblr blog known as Disregard Everything I Say. This blog was originally formed on August the 22nd of 2011[1] by the PW administrator known as Josikins. It was created with the intention of mapping out psychonautics and the hallucinogenic experience in a satisfactory level of formal description that was judged to be lacking within the existing body of scientific literature.

As the blog expanded, it became increasingly concerning that Tumblr was not going to be a suitable host for a project of this size. Thus on May the 11th of 2013, PW was founded under the original name of "Encyclopedia Psychonautica." The format of an open community-driven wiki was chosen so that anybody could contribute and so that the project could progress as quickly as possible. This was done with the hopes that it would one day become entirely self-sufficient in its momentum.

The Wiki was not made fully public until August the 22nd of 2013[2] when it was launched as an unfinished project still in beta mode. The full release of Version 1.0 remains in progress to this day but is slowly approaching completion.

The images below show the original notes which devised the first plans for what has now become the subjective effect index and the project as a whole. These writings were written in summer 2011 by Josikins during a time in which she was working for a company in central London at age 17. They can be considered as the start of this entire project in its earliest form.

Over the years, several notepads were filled up with preliminary articles and general musings. PsychonautWiki was then later based on this foundation. Two of these can be found in the Imgur galleries here and here.

The PW logo was originally drawn by site founder Josikins, but was later improved upon and animated by a user known as Shpongulate. It was later overhauled, redrawn and animated in a more professional style by Meredith Laxton.

The original symbol, however, was created by the late theoretical physicist John Archibald Wheeler on page 209 of his 1983 paper Law Without Law. This symbol exists to serve as a visual representation of the most profound subjective effect component found within the entirety of the hallucinogenic experience, a state of unity and interconnectedness.

This new logo was created and designed by Meredith Laxton.