Lysergic acid amide (also known as ergine, d-lysergic acid amide, d-lysergamide, and LSA) is a naturally-occurring psychedelic substance of the lysergamide class. LSA is an ergot alkaloid and the main psychoactive constituent of morning glory seeds.[citation needed] LSA is chemically related to LSD and is said to produce similar effects, although the extent to which it does is unclear.

LSA was first described in 1932 as part of an investigation into the alkaloids found in ergot.[1] In 1947, it was synthesized and tested for human activity by Albert Hofmann. The intramuscular administration of a 500 microgram dose produced a "tired, dreamy state with an inability to maintain clear thoughts."[2] In 1970, LSA was detected as a constituent in Hawaiian baby woodrose seeds, which were being ground up into capsules and sold on the street as "mescaline".[3] Today, LSA is typically consumed via morning glory and Hawaiian baby woodrose seeds.[4]

Like other psychedelics, LSA is not considered to be addictive.[5] However, adverse reactions such as severe anxiety, paranoia, and psychosis are always possible, particularly among those who are predisposed to psychiatric disorders.[6] It is therefore highly advised to use harm reduction practices if using this substance.

LSA is a chiral compound with two stereocenters at R5 and R8. LSA, also called (+)-D-LSA, has an absolute configuration of (5R, 8R). The three other stereoisomers of LSA do not have psychoactive properties. LSA is structurally analogous to LSD, with the exception being that LSA lacks the diethyl substitution of LSD at RN of its carboxamide group. It can be used as a precursor to LSD.

LSA's psychedelic effects are believed to come from its efficacy at the 5-HT2A receptor as a partial agonist. However, the role of these interactions and how they result in the psychedelic experience remains the subject of scientific investigation.

The notion that LSA is the primary psychedelic constituent in morning glory and Hawaiian baby woodrose seeds has been challenged as the effects of isolated synthetic LSA are reported to be only slightly psychedelic in nature. Therefore, it has been proposed that the overall experience may possibly be produced by a mixture of various lysergamide alkaloids (including iso-LSA and LSH) within these plant materials instead of a single psychoactive compound.

Although LSA is illegal in some countries, various seeds which contain it are readily available in many gardening stores. However, the seeds from commercial sources are often coated in some form of seed treatment or fungicide which can result in extreme nausea, bodily discomfort, or (in the case of organomercury compounds) long-term neurological damage and cognitive impairment if ingested. Methods for cleaning or de-coating the seeds are available, but are typically ineffective (organomercury compounds penetrate the entire seed). Therefore it is important to only purchase untreated seeds from reliable, trusted vendors. Heavy metal testing kits can be purchased online to test seed extracts for mercury content prior to ingestion. 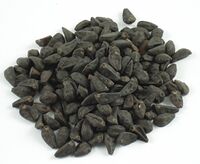 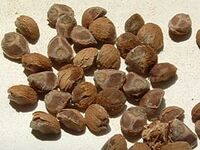 Hawaiian baby woodrose is a perennial climbing vine that is native to the Indian subcontinent and has since been introduced to numerous areas worldwide including Hawaii, Africa and the Caribbean. Its seeds may be consumed for their various lysergamide alkaloids such as LSA.[8] Typical oral doses for Hawaiian baby woodrose seeds are as follows:

LSA containing seeds can be prepared using a number of methods. Some of these methods are listed in our tutorial index and include:

The toxicity and long-term health effects of recreational LSA use have not been studied in any scientific context and the exact toxic dose is unknown.

Anecdotal evidence suggests that there are no negative health effects attributed to simply trying LSA by itself at low to moderate doses and using it very sparingly (but nothing can be completely guaranteed). Independent research should always be done to ensure that a combination of two or more substances is safe before consumption.

LSA should not be used regularly for long periods of time. When used repeatedly over a short period of time, LSA's vasoconstrictive effects build up while the psychoactive effects get weaker. A common sign of vasoconstriction build up can be described as a feeling of painful or uncomfortable legs.[9] This happens as a result of an insufficient amount of blood getting to the muscles. The upper leg muscles are the largest, most energy consuming muscles in the body and will feel sore if blood flow to them is lowered even slightly.

When HBWR, morning glory seeds or pure LSA seeds are consumed and sore legs are experienced, a break has been reported to be helpful. With LSA it can take up to 3 days of abstinence to get back to vasoconstriction baseline.

LSA is considered to be non-addictive with a low abuse potential. There are no literature reports of successful attempts to train animals to self-administer LSA, an animal model predictive of abuse liability, indicating that it does not possess the necessary pharmacology to either initiate or maintain dependence.[citation needed] There is virtually no withdrawal syndrome when use is stopped.

Tolerance to the effects of LSA forms almost immediately after ingestion. After that, it takes about 7 days for the tolerance to return to baseline (in the absence of further consumption). LSA produces cross-tolerance with all psychedelics, meaning that after the use of LSA all psychedelics will have a reduced effect.