All available data on ethylphenidate's pharmacokinetics are drawn from studies conducted on rodents. It has been found that ethylphenidate is more selective to the dopamine transporter (DAT) than methylphenidate, having approximately the same efficacy as the parent compound,[1] but with significantly less activity on the norepinephrine transporter (NET).[2] Its dopaminergic pharmacodynamic profile is nearly identical to methylphenidate and is primarily responsible for its euphoric and reinforcing effects.[2]

The following is ethylphenidate's binding profile in the mouse, alongside methylphenidate's. Figures for both the racemic and the dextrorotary enantiomers are given:[3] 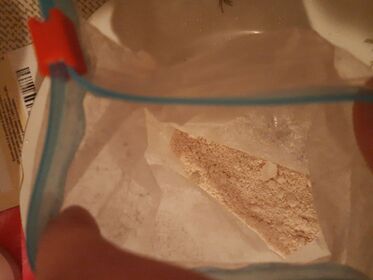 Tolerance to many of the effects of ethylphenidate develops with prolonged and repeated use. This results in users having to administer increasingly large doses to achieve the same effects. After that, it takes about 3 - 7 days for the tolerance to be reduced to half and 1 - 2 weeks to be back at baseline (in the absence of further consumption). ethylphenidate presents cross-tolerance with all dopaminergic stimulants, meaning that after the consumption of ethylphenidate all stimulants will have a reduced effect.

Abuse of compounds within the stimulant class at high dosages for prolonged periods of time can potentially result in a stimulant psychosis that may present with a variety of symptoms (e.g., paranoia, hallucinations, or delusions).[7] A review on treatment for amphetamine, dextroamphetamine, and methamphetamine abuse-induced psychosis states that about 5–15% of users fail to recover completely.[7][8] The same review asserts that, based upon at least one trial, antipsychotic medications effectively resolve the symptoms of acute amphetamine psychosis.[7]