From PsychonautWiki
(Redirected from Norepinephrine)
Jump to navigation Jump to search 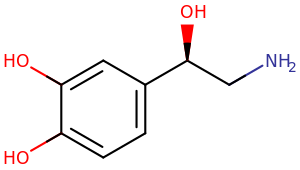 Skeletal formula of the noradrenaline molecule.

Noradrenaline, also known as norepinephrine or 4,5,β-trihydroxyphenethylamine, is a hormone and monoamine neurotransmitter. Noradrenaline is primarily produced in the neurons of the sympathetic nervous system of animals including humans.

It is used to regulate the brain's oxygen supply, heart rate, and blood pressure. Noradrenaline, along with adrenaline, is a component of the fight-or-flight response of the sympathetic nervous system. Noradrenaline and its related neurons are used for complex decision making and complex comprehension of things like spoken and written sentences. Holistic binding is the brain's process of aggregating the meaning of letters to words and words to sentences in order to listen, read, and write. 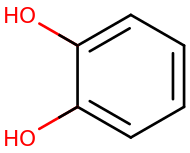 Noradrenaline is a phenethylamine and catecholamine monoamine, which is a monoamine chain attached to a benzene ring.

The catechol ring is a benzene ring with two hydroxyl groups attached to it, where both are ortho-oriented relative to each other. A monoamine chain is made up of an amine group attached to an ethane chain.

This monoamine chain can be found in many other neurotransmitters, including histamine, dopamine, serotonin and adrenaline. It's also found in many drugs, examples being tryptamines and phenethylamines.

Noradrenaline is also the de-methylated version of adrenaline, as indicated by the nor- prefix, which stands for normal, in reference that it has no methyl substitution at RN.

Noradrenaline targets the adrenergic receptors in the body.