2,5-Dimethoxy-4-iodophenethylamine (also known as 2C-I and "Smiles") is a psychedelic substance of the phenethylamine class. It is a member of the 2C-x family of psychedelic phenethylamines, all of which were derived from the systematic modification of the mescaline molecule.[1]

2C-I was first synthesized and investigated for human activity by Alexander Shulgin in 1976[2] and later described in his 1991 book PiHKAL ("Phenethylamines I Have Known and Loved"). Its PiHKAL entry notes it for being "very colorful and active" but without "feelings of insight, revelation, or progress toward the true meaning of the universe."[1] It first briefly gained some popularity in the late 1990s and early 2000s, where it was sold in several smart shops as a replacement for 2C-B following its scheduling in 1995.[3] It also has a history of being sold online as a research chemical before becoming scheduled.

2C-I is typically used recreationally for its psychedelic as well as moderate stimulating and entactogenic effects. It has been explored as a potential stimulant nootropic in the 1-8mg dosage range.[citation needed]

Little data exists about the pharmacological properties, metabolism, and toxicity of 2C-I, and it has a limited history of human use. 2C-I is sometimes confused for the analog 25I-NBOMe (an abbreviated form of 2C-I-NBOMe). It is highly advised to use harm reduction practices if using this substance. 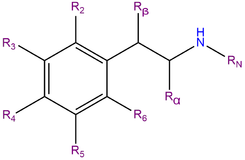 2C-I is a psychedelic phenethylamine of the 2C-x family. 2C-I is taken orally in tablet or capsule forms or snorted in its powder form. It has also been found impregnated on small squares of blotter paper for oral administration, which is a technique often seen for the distribution and abuse of LSD. 2C-I primarily causes stimulant and hallucinogenic effects, including increased visual, auditory, and tactile sensations. Moderate doses can cause full hallucinations and can also produce a euphoric high.

2C-I's psychedelic effects are believed to come from its efficacy at the 5-HT2A receptor as a partial agonist. However, the role of these interactions and how they result in the psychedelic experience remains the subject of ongoing scientific investigation.

The toxicity and long-term health effects of recreational 2C-I use do not seem to have been studied in any scientific context and the exact toxic dose is unknown. This is because 2C-I is a research chemical with very little history of human usage.

Anecdotal reports from those who have tried 2C-I suggests that there are no negative health effects attributed to simply trying the substance by itself at low to moderate doses and using it very sparingly (but nothing can be completely guaranteed). Independent research should always be done to ensure that a combination of two or more substances is safe before consumption.

It is strongly recommended that one use harm reduction practices, such as volumetric dosing, when using this substance so as to ensure the accurate administration of the intended dose.

Although no formal studies have been conducted, it is not unreasonable to assume that as is the case with psychedelics in general, 2C-I is not habit-forming and that the desire to use it can actually decrease with use.

Tolerance to the effects of 2C-I is built almost immediately after ingestion. After that, it takes about 3-5 days for the tolerance to be reduced to half and 7-10 days to be back at baseline (in the absence of further consumption). 2C-I presents cross-tolerance with all psychedelics, meaning that after the consumption of 2C-I all psychedelics will have a reduced effect.

In November 2003, the European Council decided that 2C-I shall be subjected by the Member States to control measures and criminal penalties within three months.[5]