Etizolam (also known as Etilaam, Etizest, Depas, and many others) is a novel depressant substance of the thienodiazepine class. Etizolam is chemically related to benzodiazepines and acts by binding to GABA receptors in the brain.

Etizolam is not commonly prescribed. It has been sold as a research chemical online and is commonly used as a substitute for pharmaceutical benzodiazepines like alprazolam (Xanax) or diazepam (Valium). Etizolam is commonly found in pellet or pill form, laid on blotter paper, dissolved in propylene glycol or as a pure powder.

Subjective effects include anxiety suppression, disinhibition, muscle relaxation, sedation, and euphoria. Etizolam is commonly administered orally and sublingually due to the high bioavailability of these routes.

Users should note that that as with benzodiazepines, the sudden discontinuation of thienodiazepines can be dangerous or even life-threatening for long-term or heavy users. As a result, individuals who are physically dependent on this substance are advised to taper their dose by gradually lowering the amount taken each day over a prolonged period of time instead of stopping use abruptly.[2]

Due to its high abuse and addiction potential, it is highly advised to use proper harm reduction practices if using this substance.[citation needed]

Etizolam first appeared on the online research chemical market in 2011. Since then its popularity has steadily increased. This likely owes itself to both its low cost and its abundance, and the highly dependence-forming and addictive nature that it shares with recreationally-used benzodiazepines.[3]

Etizolam differs from most other research chemicals in that it is approved and actively prescribed as a medical treatment for anxiety in many countries around the world, commonly under brand names like Etilaam and Etizest. Its origins as a medical drug are unclear, although medical papers citing its use in the treatment of anxiety have been documented as early as the 1990s.[4]

Etizolam is a structural relative of benzodiazepines, whereby the benzene ring has been replaced by a thiophene ring, classifying it as a thienodiazepine. Thiophene is a five membered aromatic ring with one sulfur atom. Etizolam contains a thiophene ring fused to a diazepine ring, which is a seven membered ring with the two nitrogen constituents located at R1 and R4. This forms the thienodiazepine core of etizolam. An ethyl chain is bound to this bicyclic structure at R7. Additionally, a R2' chlorine-substituted phenyl ring is bound to this structure at R5.

Thienodiazepines produce a variety of effects by binding to the benzodiazepine receptor site and magnifying the efficiency and effects of the neurotransmitter gamma aminobutyric acid (GABA) by acting on its receptors.[5] As this site is the most prolific inhibitory receptor set within the brain, its modulation results in the sedating (or calming effects) of etizolam on the nervous system.

Anecdotal reports suggest that in terms of its relative potency, 1 mg of etizolam is approximately equivalent to 0.5 mg of alprazolam (Xanax), 0.5 mg of clonazepam (Klonopin), or 10 mg of diazepam (Valium). It is often compared to a less potent and sedating version of alprazolam in terms of the speed of its onset, total duration, and recreational effect. 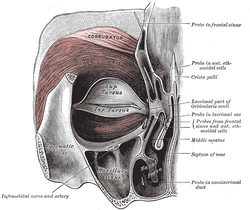 Etizolam likely has a low toxicity relative to dose.[12] However, it is potentially lethal when mixed with depressants like alcohol or opioids.

It is strongly recommended that one use harm reduction practices such as volumetric dosing when using this substance.

Like most benzodiazepines, etizolam is considered to be highly addictive with a high potential for abuse.

In one study in which multiple doses of either etizolam or lorazepam were administered to rat neurons, tolerance to the anticonvulsant effects of lorazepam but not to etizolam was observed.[13] Etizolam therefore has a reduced liability to induce tolerance, and dependence when compared with classic benzodiazepines.[13]

Tolerance will, however, develop to the sedative-hypnotic effects within a couple of days of continuous use. After cessation, the tolerance returns to baseline in 7 - 14 days. However, in certain cases this may take significantly longer in a manner which is proportional to the duration and intensity of one's long-term usage.

Thienodiazepine discontinuation is notoriously difficult and potentially life-threatening for heavy or long-term users. There is an increased risk of seizure following discontinuation of thienodiazepines. Withdrawal symptoms or rebound symptoms may occur after ceasing usage abruptly following a few weeks or longer of steady dosing, and may necessitate a gradual dose reduction. For more information on tapering from thienodiazepines in a controlled manner, please see this guide. Substances which lower the seizure threshold such as tramadol should be avoided during withdrawal.

Thienodiazepine overdose may occur when taken in extremely heavy quantities or concurrently with other depressants. This is particularly dangerous with other GABAergic depressants such as barbiturates and alcohol since they work in a similar fashion, but bind to distinct allosteric sites on the GABAA receptor, thus their effects potentiate one another. Thienodiazepine increase the frequency in which the chlorine ion pore opens on the GABAA receptor while barbiturates increase the duration in which they are open, meaning when both are consumed, the ion pore will open more frequently and stay open longer[14]. Thienodiazepine overdose is a medical emergency that may lead to a coma, permanent brain injury or death if not treated promptly and properly.

Internationally, etizolam was added to the UN Convention on Psychotropic Substances as a Schedule IV controlled substance in March 2020.[16][17]