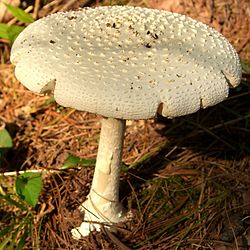 Disclaimer: The effects listed below are cited from the Subjective Effect Index (SEI), which relies on assorted anecdotal reports and the personal experiences of PsychonautWiki contributors. As a result, they should be taken with a healthy amount of skepticism. It is worth noting that these effects will not necessarily occur in a consistent or reliable manner, although higher doses (common+) are more likely to induce the full spectrum of reported effects. Likewise, adverse effects become much more likely on higher doses and may include serious injury or death.

Amanita muscaria mushrooms are not known to be either addictive, nor dependence-forming, and reports even show that desire to redose goes down with usage, however there is no research on this topic.