From PsychonautWiki
(Redirected from Dissociative)
Jump to navigation Jump to search 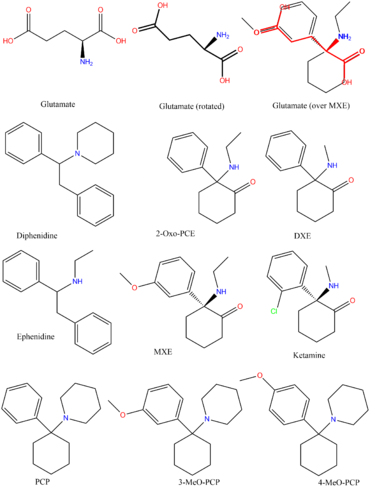 Dissociatives (also referred to as dissociative anesthetics) are a class of hallucinogen. Members of this class are characterized by distorted sensory perceptions and feelings of disconnection or detachment from the environment and self. The phenomenology is often described in terms of reducing or blocking signals to the conscious mind from other parts of the central nervous system.[1]

Many dissociatives have general depressant effects and can produce sedation, respiratory depression, analgesia, anesthesia, and ataxia, as well as cognitive and memory impairment and amnesia. Some dissociatives affect the dopamine[2] and/or opioid[3] systems and are capable of inducing euphoria.