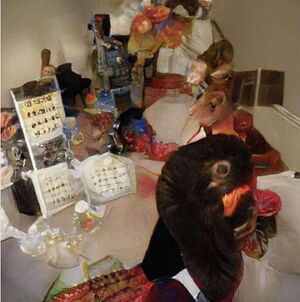 Pattern recognition suppression is defined as a partial to complete inability to mentally process and interpret visual information regardless of its clarity. For example, if one looks at an object in front of them, they will have a reduced ability to recognize what they are seeing, even if they can see the object in clear detail. This can render even the most common everyday objects as unrecognizable but holds particularly true with faces. A person experiencing this effect while looking at a face would be able to see and even describe the facial features they see but may be unable to then combine the pattern of visual information into identifying the face. It is also worth noting that this effect is comparable and likely related to the visual disorder known as visual apperceptive agnosia.[1]