5-Methoxy-N,N-dimethyltryptamine (also known as 5-MeO-DMT) is a naturally-occurring psychedelic substance of the tryptamine class. It is structurally related to DMT and 5-HO-DMT (bufotenine) and is reputed to produce the most powerful and intense psychedelic states within the entire class. 5-MeO-DMT produces its effects by binding to serotonin receptors in the brain, although the precise mechanism is not known.

It is distributed in a wide variety of plant species as well as in the venom of a single toad species (Bufo Alvaris).[citation needed] Although little is known about its history, it is believed to have been used in South American shamanic practices for centuries.[citation needed] In modern times, both the extracts of the toad venom as well as synthetic powder form are used, primarily via vaporization.

The synthesis and psychoactive effects were documented by Alexander Shulgin in his 1997 book TiHKAL ("Tryptamines I Have Known and Loved"). Recent studies have demonstrated its capacity to induce mystical experiences[1] and there is growing interest in exploring its potential therapeutic effects.[citation needed]

Subjective effects include unity and interconnectedness, time distortion, conceptual thinking, euphoria, and ego loss. 5-MeO-DMT's psychedelic effects are best compared to DMT in terms of intensity (extreme) and duration (very short). However, it generally lacks a visual geometry component and tends to produce more physical euphoria as well as even stronger transpersonal or mystical-like effects (e.g. ego loss) than DMT.

Additionally, both mental and physical side effects are reported to occur more often with 5-MeO-DMT. These effects include significant anxiety and dysphoria as well as nausea and bodily discomfort, and are often described as challenging and overwhelming.

Unlike DMT, which has been shown to possess minimal physiological toxicity, 5-MeO-DMT's safety profile is much less established. A small number of deaths have been linked to its use and appear to be a result of physical overdose.[citation needed] Some reports suggest it may cause serotonin toxicity when combined with certain substances such as MAOIs; it may also have cardiotoxic properties.[citation needed]

Anecdotal reports suggest that this substance is only suitable for users with extensive experience with powerful psychedelics (e.g. DMT, ayahuasca, and DPT) and trained in their safe use. It is highly advised to use harm reduction practices if using this substance.

5-MeO-DMT or 5-methoxy-N,N-dimethyltryptamine is a ring-substituted indole alkaloid molecule of the tryptamine class. Tryptamines share a core structure comprised of a bicylic indole heterocycle attached at R3 to a terminal amine group via an ethyl side chain. 5-MeO-DMT is substituted at R5 of its indole heterocycle with a methoxy (MeO) functional group CH3O−; it also contains two methyl groups CH3- bound to the terminal amine RN of its tryptamine backbone (DMT).

5-MeO-DMT is the N-substituted methyl homologue of 5-MeO-MiPT and 5-MeO-DiPT, although it radically differs in its effects.[2]

In comparison to its often relatively mild accompanying cognitive and visual effects, 5-MeO-DMT seems to have by far the most proportionally intense and overwhelming physical sensations found within the known psychedelic experience. These individual components are complex, overwhelming and seem to be equally capable of being interpreted as either extremely pleasurable and euphoric or uncomfortable and dysphoric. 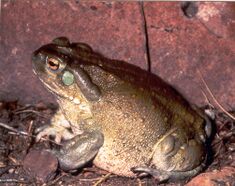