From PsychonautWiki
(Redirected from Cocoa powder)
Jump to navigation Jump to search
For the cocoa plant, see Theobroma cacao (botany). 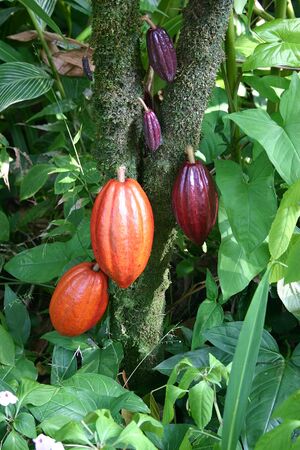 The generic name for Theobroma cacao is derived from the Greek for "food of the gods"; from θεός (theos), meaning 'god', and βρῶμα (broma), meaning 'food'.

Insufflated cocoa has become a popular club drug in Europe, usually as a legal and subtle replacement for MDMA or cocaine.[1] Cocoa solids is a very bulky substance. Insufflation of cocoa solids in the respiratory tract can cause inflammation.[2]

Snorted cocoa has became a popular party drug in Europe, usually as a legal and subtle replacement for MDMA or cocaine.[3]

The LD50 of cocoa powder in humans is estimated to be around 25-100(This information has a large range of numbers (ex. 25-100) that is unjustified or unsourced and/or it is a very vague statement.) grams per kilogram of body weight.[citation needed]

Because cocoa can act as a powerful (compared to other weaker stimulants on their own) stimulant, it can be considered addictive, but less so than compounds such as amphetamine and DOx compounds. Caffeine dependence and withdrawals have been documented. [12]