Beforehand I had already been drinking some alcohol and I had used 3-MMC in the past. To me, personally, 3-MMC's effect are exactly what I had imagined cocaine would make me feel. However, cocaine has never been anything special to me, while others really love it. 3-MMC on the other hand, I had read lots of negative things about, but after trying it, it turned out way more fun and pleasant than I had expected. The idea of making a small tripreport regarding 3-MMC appealed to me, because the majority either doesn't know it or has a bad image of it. Prior to consuming the 3-MMC, I drank a few glasses of wine.

23:39 - Line 1.2 - As soon as the tears from my left eye fade away, I insufflate the second part with the right side of my nose. In under a minute, the first effects are noticable.

23:47 - The effects gradually intensify. A lovely warm, slightly euphoric, energetic and mostly mentally noticable effect is growing inside of me.

23:53 - Leftover - I noticed a small amount of 3-MMC on my mirror and consume it immediately. The effects seem to have reached their peak. The euphoria is definitely close to MDMA's euphoria, but with a clear headspace, instead of clouded with "love". I'm feeling heavenly and grab another glass of wine. At this point I'm highly curious of what 4-MMC would be like, because from what I've read this stuff's child's play compared to 4-MMC. It bothers me that I hadn't obtained 4-MMC when it was still readily available, but also that people speak such hateful words regarding 3-MMC.

0:13 - I'm experiencing a feeling of mental peace, combined with lasting euphoria. The effect appears to be stable, no declining yet.

0:21 - The feeling is slightly starting to fade away and following D's advice, I'm taking my redose orally. I'm planning on weighing a 100mg parachute and I'll note the time of consumption, of course.

0:37 - 160mg Orally - After asking around on Tinychat, the recommended dose they provided me with was 200~250mg orally at first, with a 150mg redose. Typical me precisely measured 150mg, after which I looked at it and added 10mg. I'm curious, since with this drug, people are way more pleased by the oral effects than insufflating and I was already sold by what it did to me that way!

0:57 - At this point I feel as if I've only bounced the crash off, for now, but I'm not feeling any real high. Should I redose or wait a little longer?

1:07 - Holy shitballs, orally is actually even more relaxed, like people told me! This is great! I'm on a cloud of pleasant mental comfort. Sounds of the series are percieved way more intense. I feel warm and the thought passes my mind that this drug could maybe do good as ADHD medication.

1:15 - Really close to MDMA, while I don't even feel that way after MDMA anymore, ever since I've abused that. This is amazing! Even better than my previous experiences with this substance! I feel warm, comfortable and I've got tiny clouds in my head* en wow! Top notch satisfying! Clammy hands, slight eyewigles.

1:23 - I usually drink way too much ethanol, but the entire craving of wine is suddenly gone. My throat already obstructs everything when I'm only thinking about drinking the last sip of wine from my glass, let alone refill it. I really really meant to say something, but I've completely lost the message.

Enjoying the entire world. Turned off the Blacklist, because I wasn't really paying attention to it anyway.

1:41 - Plateau level. Still very pleasant! Fingers are feeling a bit chilled, but I could have left my balcony door open. Otherwise it's probably my bloodflow that's being disturbed. Nothing special, by the way. I experience the same after a night of amphetamine as well from time to time.

Currently having a serious, good and personal conversation with F. I'm starting too suspect he's not a Fool, but actually quite the Wiseman.

1:57 - The effects are currently decreasing, of which I'm bummed out, but I have a beautiful picture, to visualize the report a little. 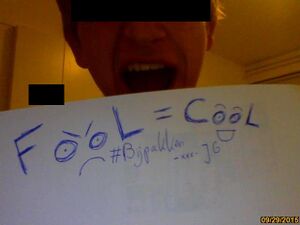 If only I were good at drawing, I could've created a masterpiece. Now it was only the thought that counted.

2:25 - At this point I feel hollow on the inside. Not really like a crash, but more like a dusty after space. Monday = On-day!

4:43 - I'm just coming out of a very long conversation and I'm coming down now. Well... I'll just redose until tomorrow night! - But my report ends here...

The effects are extremely pleasant, definitely, but I do find the drug to be very short actin. If this drug's effects were to last 6~8 hours, I'd be hooked. Now it's just a bit too much redosing for my likings.

It burns more and more, which is quite unpleasant, but I've snorted worse. Very fast come-up and a great rush, but very short effects.

The come-up takes a bit longer, but the peak effects stay longer as well. All together, the much preferred ROA.

PLEASE NOTE THAT THIS IS AN IRRESPONSIBLE REPORT, WRITTEN BY SOMEONE WHO'S A BIT LOST IN LIFE.

Do not interpret the dosages nor the frequencies mentioned in this report as average, regular or responsible. This report is to help others form an image of the drug's effects and should be solely used as such.