Psilocybe mexicana is a psychedelic mushroom in the Psilocybe genus. Its first known usage was by the natives of Central America and North America over 2,000 years ago. It has been found to contain both psilocybin and psilocin.[1]

Psilocybe mexicana is found alone or in small groups among moss along roadsides and trails, wet meadows, or cornfields and particularly in the grassy areas bordering deciduous forests. It is common at elevations between 300–550 meters (980–1,800 ft), rare in lower elevations and known only in Mexico, Costa Rica, and Guatemala. Fruiting takes place from May to October. 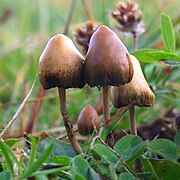 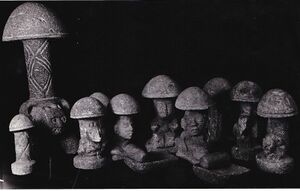 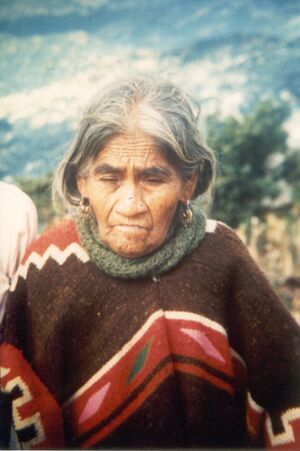 María Sabina, A famous Mazatec curandera who was known for the use P. mexicana or as she called them, "Teonanacati"