Talk:250μg Ego Death (With marijuana) What a single moment in time feels like

Hi there, I'm sure if you are reading this article you are already experienced or have a general consensus on the effects of LSD. I'm going to describe a brief moment in one of my trips in which I was able to understand and comprehend a single moment in time and try to describe, to the best of my ability, what it was like (keep in mind that many people, including myself, believe modern language isn't advanced enough to describe the conscious and spiritual effects of LSD).

A close friend of mine had surprised me one night in which he said he bought two, 250 μg tabs of LSD (I know the dosage was correct and that it was, in fact, pure LSD as I know the man, personally, who makes it for us). 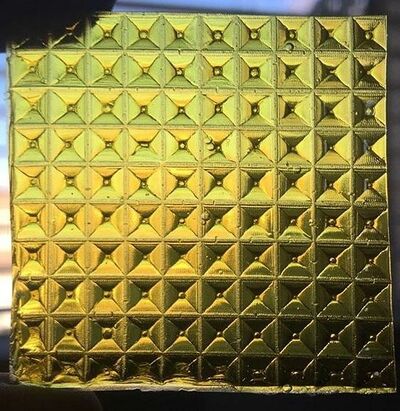 Continuing on with the story, we had decided to spend the night at my place. Around 8:00pm we both placed a single tab on our tongues. It took only 5 minutes for the entire tab to dissolve in our mouths. Mere minutes later, the subtle visual effects kicked in. I had never had LSD effects kick in so quick before. Around 9:00pm, we both felt that our "come up" high was beginning to take off so, we decided to grab some of our weed and go smoke. We came back in around 9:30pm and I had such an intense feeling of euphoria. I vividly remember sitting in my recliner and slowly the right side of my peripheral had a dark blur to it. I am very experienced in the world of psychedelics so I knew this meant I was going to have an "ego death" that night. I cannot describe what came after because, as I mentioned earlier, it's hard to describe just using words but I will try none the less. I put myself into this state of mind, in which, I let the weed and LSD completely take control of my thoughts and my sight. I felt myself traveling through the universe, however, I was in complete control of my environment. I closed my eyes and I still saw the room we were sitting in. The room then began to tear itself apart, as if it were being sucked into a different dimension (where the origin was centered around where my vision, originally, had the black blur). This is when I started to travel through space and time. Like I mentioned earlier, I was in complete control. I was able to create the most intense and vivid landscapes, patterns, entities, etc. with just the switch of a thought. This is how I would compare the feeling, imagine you are standing in a room and, in a single moment, you are now a master of every single martial art and all the knowledge comes flowing into your brain as if you had known it your whole life but never accessed it until now.

Previously, I had experienced several ego dissolutions or "ego deaths" so, I was aware this was just the beginning.

I am going to skip over the next hour or so of my journey because that is not relevant to this article, and move onto the experience of understanding a single moment in time.

I had finally opened my eyes and now the entire room was one big blur. I was not able to focus on a single point as everything was smudged and mixing together. I had not moved from my chair, nor said a word, (my friend also had not moved or talked, we both had intense ego dissolutions that night) and I planned for it to stay that way. I reached over and took another large hit of weed. I closed my eyes as I blew out the smoke and opened my eyes slowly. Now the entire room was in focus. I felt as if my peripheral vision had increased by 30 degrees on either side. Thus in turn, making it feel like as if my eyes were placed behind a wide camera lens. My mind started to blank and I simply could not think. Then, I felt as if everything I was seeing was put onto a two dimensional screen and placed in front of me (just imagine a first person point of view in which you are resting in a chair and looking out and that POV placed onto something similar to a TV screen). The rectangle of the screen slowly started to grow smaller as if it were backing away from me. I then saw it place itself on a timeline. This timeline had included every moment of my life. I was now not in control. My mind started at the beginning of the timeline and scrolled at an insanely fast speed through every moment in my life (imagine your entire life, through your perspective, placed onto a video editing software and you're able to scroll through a limitless amount of frames). My mind scrolled through my entire life in a span of time which I cannot remember (could have been seconds, minutes, or hours, I can not remember) and stopped right before I went through this experience in which I was sitting in the chair. The original moment, where I was sitting in my chair and it transformed to a two dimensional picture, came flying across over the top of the all the other frames (moving right to left) and placed itself on the very end. My vision then backed away and I was able to see the entire timeline from start to finish. Before I could process the sheer length of an endless timeline, a god like entity (in the shape of a human but its surface was made that of the Earth) then grabbed that very last frame between its thumb and index finger and moved it directly towards me until that single frame, of me in the chair consumed my entire vision. I was back in my chair in the exact same position in which I had started.

I remember I looked at the clock when I took that second hit of weed and the time read 9:51pm. By the time I had returned from that journey, through time and space, the time read 9:51pm. Not even a single minute had passed and it felt as if I was in that state of mind for, at least, many hours. It was then I had realized that my mind had just shown me was an exact moment in time felt like.

There were other aspects of that time journey that I simply cannot find a way to put into words as they had to deal with euphoric thoughts, feelings, and emotions. I'm sure if you have experienced an "ego death" yourself, you can understand why I'm not able to go into further detail on those aspects. If you have not experienced an ego death, may someday you will understand where I am coming from.

Thank you for reading this article. I had lots of fun writing this and I will be sure to describe many more of my experiences on psychedelics. Keep in mind not all my stories will be as serious as this because I have just as many exciting and funny stories to come.