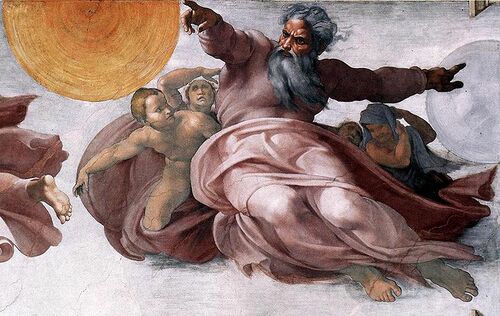 This image appears to contain the 5 fundamental entities, environmental gradients and vectors which I experience: 4 working members, a thinking member (and its feeling counterpart), the unified body and the vector by which these mechanisms are tethered to the environment;

Where is the ego structure? Is it the agent's head? He is not measuring/creating anything with his heart, which also resides outside of the brain structure. The heart "feels", rather than calculates.

The image can be viewed as a schematic for the creation of the universe at each sample. The memory pointer is, I believe, his thinking member's own senses (and internal brain (this is getting recursive)). The thinking member must be aware of its position in a thread in relation to the operation of the lower level structure.

If the brain evolved from the bottom upwards, simpler forms of life will have fewer levels of modules available (starting with the legs which move us in the physical environment).